Having carefully waited a week beyond his passing—and with the funeral safely adjourned—I will weigh on a tiny speck in the life and death of Boyd K. Packer. He was called to the Quorum of the 12 when I was only five years old and so I don't really remember a time that the general authority list didn't include him. My perception of him is mostly that of a hard-liner who brought in unexpected bits of straight-faced humor. 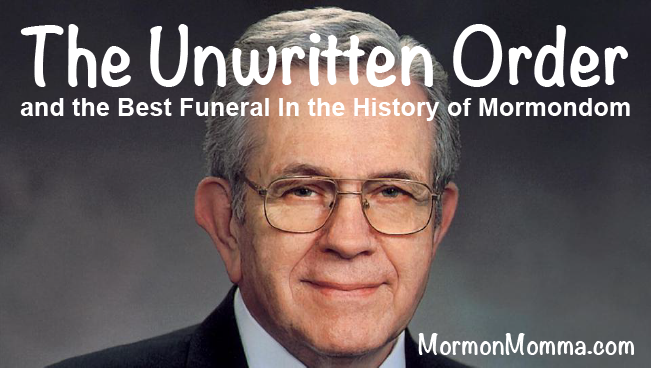 The Unwritten Order of Things

In the mid-90s Packer gave a speech at a BYU devotional that has haunted me ever since. “The Unwritten Order of Things” somehow made its way from university diversion to doctrinal declaration and was used to wreak havoc in church practice. Dozens of times since, I have heard the apostolic declaration of an “unwritten order” used to entrench tradition (tradition meaning “I saw this at least once somewhere”) or preference into LDS practice.

Read that: I'm not going to write it down for you. If you were really in tune, you'd already understand how it's supposed to be.

The Unwritten Order of Funerals

The implications have been most evident to me with regard to gender, conformity (white shirts, etc.), and funerals. With respect to the funerals, Packer said this:

Funerals could and should be the most spiritually impressive. They are becoming informal family reunions in front of ward members. Often the Spirit is repulsed by humorous experiences or jokes when the time could be devoted to teaching the things of the Spirit, even the sacred things.

When the family insists that several family members speak in a funeral, we hear about the deceased instead of about the Atonement, the Resurrection, and the comforting promises revealed in the scriptures. Now it’s all right to have a family member speak at a funeral, but if they do, their remarks should be in keeping with the spirit of the meeting.

I have told my Brethren in that day when my funeral is held, if any of them who speak talk about me, I will raise up and correct them. The gospel is to be preached. I know of no meeting where the congregation is in a better state of readiness to receive revelation and inspiration from a speaker than they are at a funeral. This privilege is being taken away from us because we don’t understand the order of things—the unwritten order of things—that relates to the administration of the Church and the reception of the Spirit.

I was so taken aback by his funerary stipulations that I have since told my family I do not want a church funeral nor its accouterments. Rather, these are my final requests to go out in a blaze of glory: 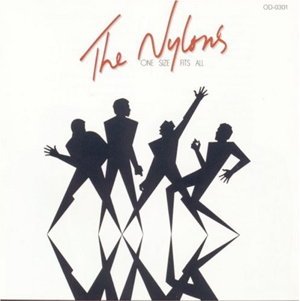 If the law won't allow my preferred Viking funeral, I'm to be either tossed into the crematorium or donated to science. Absolutely no embalming and no putting a three thousand dollar box into the ground.

I've seen the unwritten funeral rules play out again and again. No, I've never attended one that was completely missing personal elements or, at least, a life sketch. But I've seen these elements minimalized, families getting pushback on speakers/music (including temple worthiness of those speaking or praying), and insistence that the local bishop preside and speak (whether he knew the deceased or not…awkward).

To be clear, I'm not talking about a general oversight that ensures no desecration of the chapel, I'm talking about micromanaging to the point of pain to the family.

Funerals are Not Sacrament Meetings

As the current stake building scheduler, I schedule more wedding receptions than funerals. Somehow (thankfully) church-hosted receptions have avoided this intrusive hand—receptions can be about the couple rather than focusing on being “spiritually impressive.” But the idea that any event held at the church must, or should, focus on teaching the gospel—no matter the reason for the event—flies in the face of thrice-weekly church ball.

It is not, after all, just coincidental that a whole slew of people who loved the dearly departed all showed up at the same time just a few days after the departure itself. For all its goodness, the gathering did not convene in order to hear another Sunday sermon. It occurred for the express purpose of honoring and celebrating the life of the loved one and consoling those left behind. Why would we insist it be anything else?

While not hoping for anyone's death, I have been waiting nearly two decades to observe the Packer funeral. I knew with absolute surety that it would include personal anecdote, so I was anxious to see him “raise up and correct” the speakers! That would have been the best funeral in the history of everything—and televised! But it was not to be, as I suspected. Still, I was at least hoping to use his own funeral (along with every other general authority funeral before and since) as an example proving that funerals can actually be funerals and not an extension of Sacrament Meeting or General Conference. I was not disappointed.

Packer was more than mentioned at his funeral. He was memorialized and even “remembered for humor and wit.” He was remembered by family members as well as other general authorities—all of whom knew him well, none of whom were barely passing acquaintances or complete strangers. Even the gospel teaching at this funeral was done within the context of the decedents ideas and beliefs, not sweeping generalities or principles being taught for their own sake.

Perhaps we can extend that same model to the rest of the Mormon community forevermore!

So what of the rest of the supposed “unwritten order”? I suspect if it isn't written in stone, it isn't set in stone either.We can make sure that if a practice harms or pains someone, we can be sure it is necessary and required before moving forward. We can use common sense, wisdom, good will, accommodation, love, inspiration, insight, and reason to determine the best courses of action rather than resorting to non-specific authority. And we can allow mourning families to remember, memorialize, and celebrate in the way that best helps them to heal.