In Perils of Grace by Robert L. Millet (BYU Studies Quarterly Vol. 53 No. 2 2014 pp.7-19) the author summarizes his experience with the doctrine of grace especially from the standpoint of interacting with Evangelicals and the contrast between the Mormon and Evangelical perspectives on grace. 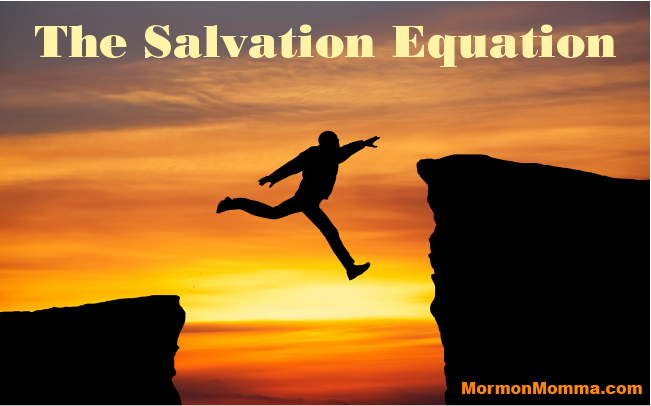 In the article, Millet describes a common Evangelical theological approach to the concept of grace called monergism, that is, that God alone determined beforehand who will and will not be saved. He provides to those predestined to salvation the desire to be saved, thereby taking the choice out of their hands. (Sometimes called “irresistible grace.”)

The author also describes the contrasting Mormon theological approach as synergism, that is, God and humanity work together to achieve salvation. We cooperate on our salvation. God’s component is essential, but so is ours.

Millet makes a very telling generalization as well as providing specific examples that can be very helpful to Mormons, not only when interacting with Evangelicals but also in understanding the dynamics of forgiveness and repentance. His generalization is worth quoting:

My perception after almost two decades of interaction with Evangelicals—and it is a generalization, I freely admit—is that they have what might be called a very high view of forgiveness and a low view of repentance. That is, Evangelicals rejoice regularly in the power and beauty and grandeur of God’s forgiveness, and these glad tidings are sounded, even trumpeted, by all. That is as it should be, and Latter-day Saints could take a lesson from our friends. On the other hand, what I hear consistently is how important it is for us to reach up and receive the Lord’s forgiveness but not much on how it is to be received. Some have gone so far as to suggest that one of the reasons Evangelicals teach repentance so seldom is the fear that people may somehow begin to view their repentance has a work!

The result Millet outlines is that the “fruits of repentance”—or behavioral changes that follow true repentance—are often not well exhibited in the Evangelical population. The peril is a grace-based apathy toward repentance and faithfulness, since the outcome is sure. (This trend has carried over to some extent among Mormons who also choose to emphasize the merits of grace and assume little need for repentance. )

According to Millet that is not the most dangerous peril for most Mormons. The most dangerous peril (which some Evangelicals also charge) is that Mormons believe in a “grace of the gaps” that cheapens God's grace. That is, we work to earn some significant percentage of our salvation and then Christ makes up the difference, that is Salvation = Grace + Effort. By earning we become too reliant on ourselves and not enough on God.

The problem with Millet's description of synergism is that it is almost indistinguishable from the “grace of the gaps” problem he is trying to solve. It's more than a little ironic that Stephen E. Robinson—Millet’s twin in Evangelical/Mormon re-approachment—wrote a parable of the bicycle that, at face value, teaches exactly a grace of the gaps.

As we read Millet's article, we realized that one of the problems Mormons face is how to explain a cooperative salvation that does not devalue Christ's contribution. In this post we attempt to resolve that problem.

As we pondered this conundrum, we realized that synergism is indeed a form of “grace of the gaps.” But the key to avoiding either of the twin perils of apathy of grace or the over-reliance on ourselves is understanding the nature of the “gaps.” To do this we use by analogy the properties of infinite numbers.

In this analogy, our efforts are the finite set of integers, God's grace is the complete infinite set of integers. The gap that must be bridged to achieve salvation is an infinite gap. No matter how hard we work—or for how long—we will never come close to the infinity needed to bridge the gap without the grace of God. With his grace, however, the gap can be easily bridged without respect to the size of our contribution.

The issue is not about earning our salvation by accumulating works but about understanding how and when God’s infinite grace will be applied to bridge the infinite gap. So instead of Salvation = Grace + Effort, now Salvation = Grace(Effort). And the question is, how do we get our effort to be part of the equation, so that grace is applied to us?

The answer is simple: We get to choose!

The only meaningful thing we can bring to the equation is our free agency. It is the only thing we have that is truly and eternally ours. Everything else is God’s and can only be credited to him. Salvation is less about doing and more about becoming. It is more about becoming someone who chooses to follow God and in so choosing allows the power of God to transform us to be more like God.

So what happens if we die while choosing not to follow God temporarily? After a lifetime of discipleship we have a bad week (or month or year), will we lose salvation because of a momentary lapse or bad timing? No! The choice of becoming is not a one time choice, but the result of an infinitude of choices, pre-mortal, mortal, and post-mortal that converge to our salvation.

One of the problems for Mormons in discussing salvation with Evangelical Christians, is that salvation is a binary, yes or no proposition: saved or damned. But for Mormons salvation is only one part of something bigger: eternal progression.

When we choose to repent and accept forgiveness, grace is applied. Rather than a particular “grace event,” Mormon grace is available to be applied at any point. In one moment we may choose to become more like God and in the next choose to be less like God. God has made the choice available to us and set the conditions whereby the choice is effective. Thus God allows us to determine our rate of progression or regression by our choosing.

We find this a much more deeply fulfilling perspective than the simplistic and false dichotomy of grace versus works.

So what about the peril of the apathy of grace Millet describes?

Do we want joy? Then we have the opportunity to choose joy! That opportunity results from grace but requires exercising the choice through repentance and forgiveness.

The peril of the apathy of grace is the self-deception of believing that we will choose salvation and joy eventually, just not yet. If not now, then when? Persistently choosing wrong leads to to becoming someone who will continue to choose wrong. It's not the sum total of the wrongs or rights we have done but who we have become in the process.

We agree with Millet that salvation is synergism. Its not about either earning salvation by our works or being saved by grace without our works. It's about the synergistic process of persistently choosing through both repentance and forgiveness to accept infinite salvation and thereby become more like God.