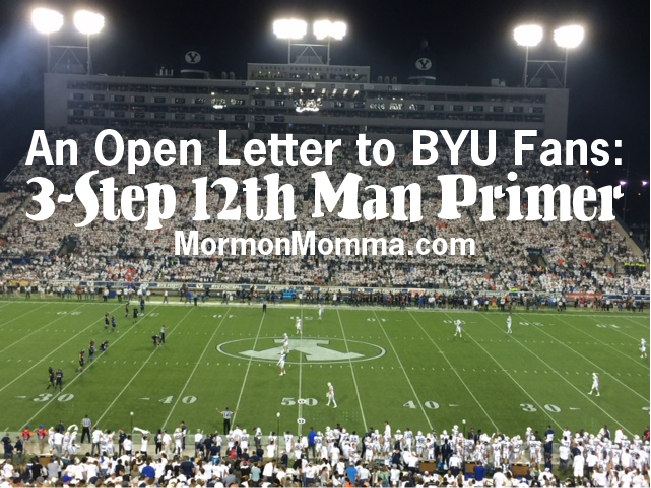 I began attending BYU football games when Gary Sheide was the quarterback. It was 1972, and while my parents sat in the adult seats, my brother and I sat in the “knothole” in the end zone. I attended faithfully through high school. In college, I got up at 0'dark hundred, stood in the long lines, entered the lotteries, and did whatever must be done to obtain student season tickets.

In 1991 we moved to Florida and were left to sit in the Young Women room at the church—with Ernie Sego and Doug Littlefield—to watch the games on the library TV through the satellite system. We donned our shirts and took our pom poms, but it wasn't quite the same.

On August 26, 2000, Sam and I drove our five children (including a two-month-old baby boy) from our home in Boca Raton to Tallahassee to watch BYU take on Florida State. It was a rare chance to see our beloved cougars play in person. We were thrilled. But tucked away in the tiny visitor's corner of the stadium, the Seminoles schooled us on true fandom. 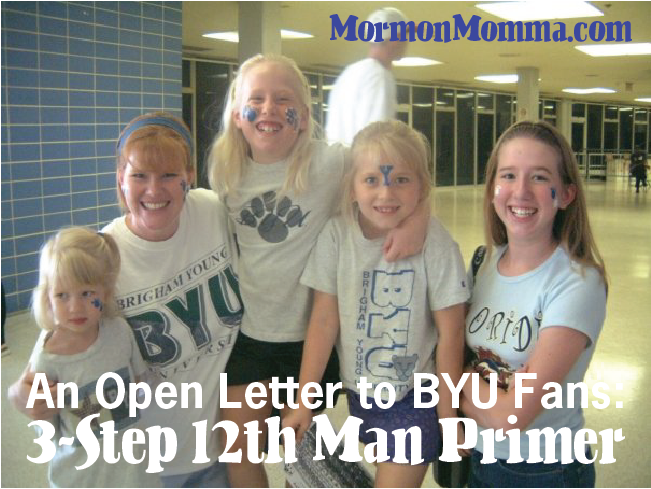 When FSU was on offense, a reverent hush fell over the crowd. When BYU had the ball—and I mean every single time they had the ball, on every down in every quarter—the crowd was utterly deafening. You couldn't scream loud enough for the person whose ear was pressed on your mouth to understand what you wanted to say. When our offense lined up, no one could hear the audible calls from the quarterback, not even the center. Everything was chaotic and sloppy. They crushed us 29 to 3.

The 12th Man refers to an 11-player team that is benefited when the fans also play their part. BYU fans do not get it. Perhaps they think that cheering like a madman means you're not general authority material. Perhaps they are right. But sometimes that doesn't matter. Priorities, people. You can cheer wildly and still congratulate the opponent's fan sitting next to you. You can pep up and voice your love of the game while representing for the gospel. You can do your part in the revelry and still be as nice as you need to be to reach celestial glory. (That's not official doctrine, but I'm pretty sure it's true.)

Rule #2 – Even though you are in premium viewing seats on the 50-year-line (thank you, Daddy), you are not allowed to plug your ears and give the stink-eye to the middle-aged woman behind you who is correctly following rule 1. You are also not allowed to tell the middle-aged woman in front of you, who is correctly following rule 1, to sit down. If I stand, you stand. That's the way it works in the stadium universe.

In yesterday's miraculous win over Boise State, we failed our team. Yes, there were a few crucial third downs and the final 75 seconds where we awoke from out caffeine-free diet coke induced collective slumber. But we could have done so much more.