Neil L. Andersen of the Quorum of the Twelve

Elder Neil Linden Andersen, 57, was named the newest apostle of The Church of Jesus Christ of Latter-day Saints today during the morning session of the Church’s 179th Annual General Conference. 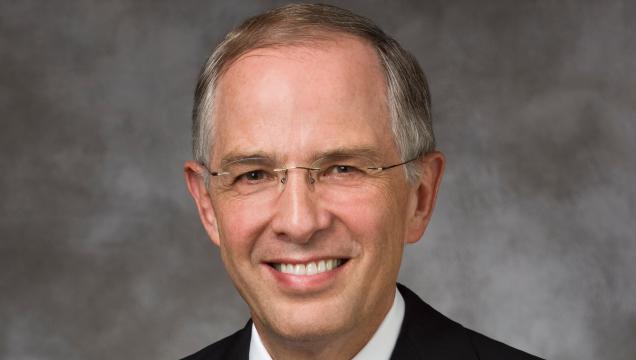 The announcement was made by Church President Thomas S. Monson to 21,000 people seated in the Conference Center and to hundreds of thousands more watching the broadcast throughout the world. Elder Andersen will fill the vacancy left in the Quorum of the Twelve Apostles by Elder Joseph B. Wirthlin, who passed away in December of 2008.

Elder Andersen was serving as the senior member of the Presidency of the Seventy prior to his calling to the Quorum of the Twelve. He was named a member of the First Quorum of the Seventy in April, 1993, at age 41. He previously led the work of the Church in southern Brazil and, again as a member of an area presidency, oversaw the Church in Western Europe. He has also assisted in supervising the work of the Church in Mexico and Central America. In addition, he supervised Church audiovisual production, including the filming of The Testaments: Of One Fold and One Shepherd ? and managed construction of the broadcast facilities in the Conference Center as the Executive Director of the Church Audiovisual Department. He speaks French, Portuguese and Spanish in addition to his native English.

Prior to his call as a General Authority, Elder Andersen served as a mission president in the France Bordeaux Mission, and as president of the Tampa Florida Stake.

Elder Andersen was born in Logan, Utah, and raised in Pocatello, Idaho, on a dairy farm where he remembers, “typical Idaho farm work, from morning to night. ? In high school, he excelled in student government, serving as governor of Idaho Boys State.

He graduated from Brigham Young University, where he was a presidential scholar, and earned a Masters of Business Administration from Harvard University. After completing his education, he settled in Tampa, Florida, where his business interests included advertising, real estate development, and health care.

Elder Andersen and his wife, Kathy Williams Andersen, are the parents of four children and twelve grandchildren.

Members of the Quorum of the Twelve Apostles serve under the direction of the First Presidency. In addition to their primary responsibility to be special witnesses of Jesus Christ throughout the world, apostles have administrative responsibilities as they oversee the programs and development of the global Church.