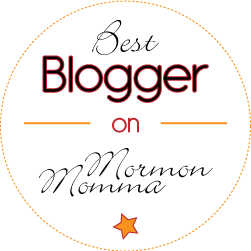 Mormon Momma is pleased to announce the winner of the 1st annual Best LDS Female Solo Blogger of 2010!

After two weeks accepting nominations and another two weeks of voting, the decision was made by 1,013 voters casting 1,395 total votes. We had 24 fabulous bloggers nominated with some stiff competition and the lead changing hands numerous times. We appreciate all of the women who took part and who encouraged their loyal readers to vote.

Cocoa from Chocolate on My Cranium

Chocolate on my Cranium is a big smorgasbord of stuff: homeschooling, farm life, LDS stuff, motherhood, recipes, and homemaking. Known, fittingly, on her blog as “Cocoa,” the author also writes for two homeschooling blogs under the name “Montserrat.” (Did I mention she homeschools? Obviously a cool lady!)

If you do nothing else, check out her wonderful collection of FHE lessons, featuring everything from Luck vs. Work to Easter All Week. And she has a lesson I just added to the resource list on the Making General Conference Memorable post called Watchmen on the Tower FHE. 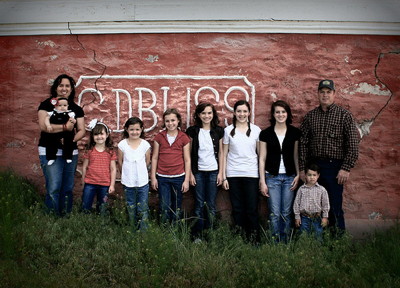 Cocoa began blogging in late 2005. Her family had just moved to a new farm and she wanted to keep family and friends updated. Sharing crafts and homeschooling ideas brought her more and more traffic. Eventually she made that blog private and and started a new blog that did not include real names.

Cocoa lives on a 4,200+ alfalfa hay farm in northern Nevada. She's half Mexican but grew up in the south. She and her husband, “Mr. Ferrero,” have eight children — seven girls and one boy — with a second boy due at the end of July. Obviously a home of extreme hormonal imbalance! On her blog the children are known as:

Of her family, she says:

Growing up I never imagined I would have so many children. They truly are a great blessing! I especially love the wet sloppy kisses from the little ones and the in-depth conversations with the older ones.

Cocoa met Mr. Ferrero when he served a mission to Georgia. There were no inappropriate longing glances, but a couple of years later Cocoa headed to Idaho to attend Ricks College. Her parents called the former Elder Ferrero and asked him to keep an eye on her. “He's been doing that ever since.”

Our winning blogger enjoys reading, playing classical piano, photography, baking, sewing, and gardening. She also plays a mean game of Scrabble, would do grammar or algebra workbooks just for fun, and is pretty much a big geek. Oh, yes, and she love chocolate. And that's an understatement. She says:

I love the gospel and hope that comes through with the posts on my blog. Many of my readers are not LDS but they keep coming back! Last year I hosted a Family Proclamation Celebration to celebrate the 15th anniversary of the Proclamation. It was a huge success with members and non-members alike. Many have asked for it to be an annual celebration and it will be every September. I really enjoy being a mother and a homemaker. With all the daughters I have I hope to teach them what a wonderful calling motherhood really is! I know that my example and attitude will ingrain that in them more than anything I can ever say.

We send a big congratulations to Cocoa and Chocolate on My Cranium for being the first winner of our Best LDS Female Solo Blogger contest. May she be blogging for many years to come.