To My Kids: I’m Sorry for the Political Tragedy 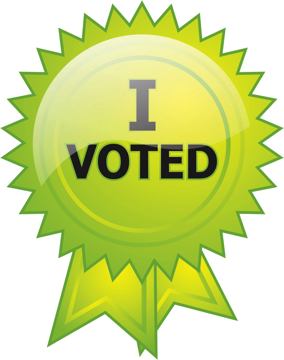 When Mitt Romney lost the election Tuesday night, I cried. I cried all night long. And I never, ever cry about elections.

I cried because of what it means to our country. It's not just “four more years” of leaders who believe you create jobs by taking money — unfathomable amounts of money — from those who earn it and from countries that aren't the most friendly to us, and giving it to companies with unproven, risky technologies and/or donors and/or nonproducers and/or progressive causes. It's not just four more years of obfuscating on facts from college records to BenghaziGate. The fiscal damage already done will last for generations.

It is that now that he's “more flexible,” the POTUS is going to move “forward” at breakneck speed with fiscal policies that defy math and common sense. It is that our country has changed to become the kind of people who cry out — not for freedom and opportunity — but for the “security” of being coerced into a mediocre field of “fairness.”

Some say a response like mine is hysterical, ungrateful ranting by those who misunderstand. They say we don't appreciate what's right with America. Or that we're racists. Or prudes. Or fools.

That position is dead wrong and dangerous in it's historical naiveté.

I'm writing so my kids will know that I didn't agree, that I fought against the tide, that I put my money and my mouth and my time on the line to try to move the country back to our foundlings. I tried not to leave them with this catastrophic mess.

I want them to know that I'm more than willing to give up everything — yes, including the Social Security and Medicare I'm “owed” because I was forced to pay into the government sanctioned ponzi scheme and the public schools and public libraries and public transportation and public pools and the public programs — to give them the thing that matters most: freedom.

I want them to know that even though I'm devastated and discouraged, even though I sincerely don't see a path back to the country I love, even though we are outnumbered, that I won't give up.

I want them to know that I'm sorry. I'm sorry my generation and those before me didn't leave American better than we found it.

Please leave comments on A Sad and Tragic Day for Our Nation – A Response to Jo Ashline.