BYU Should Take a Clue from GoDaddy

In 2007 I completed the arduous task of moving over 100 domains from GoDaddy to my new registrar, MyDomain. Every time I moved one, I sent a note to the administration that I was doing so because I would  not support their sexist and objectifying advertising with my dollars. 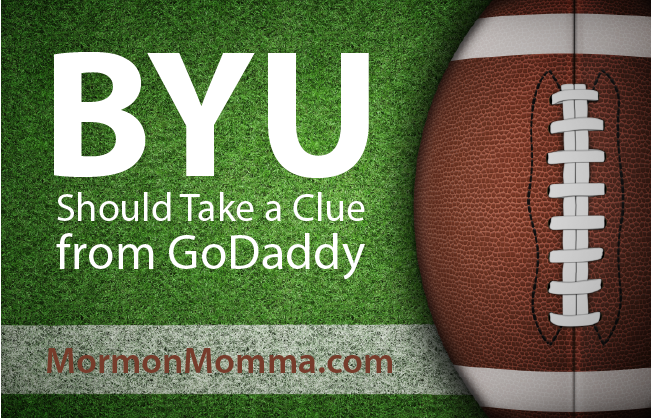 I've written before that sexism hasn't always been fully on my radar. I noticed blatant things (like my sister's high school calculus teacher saying, “Why do I bother to teach girls math when they are just going to stay home and have babies?” (Orem High School, circa 1978)). But many of the “death by a thousand cuts” issues just passed on by as “normal.” (Because, well, they were.)

A couple of years ago I heard lip service to a change in the internet giant's advertising, but I've been waiting for results. Today I read an article that describes the changes that have occurred within the company, not only in advertising, but in creating a general culture that is welcoming to women at all levels.

I'm not advocating the use of GoDaddy's services. Frankly, I'd rather give my business to companies that have never objectified women as a matter of course. But it is gratifying to see that the cumulative efforts—and defection—of so many was finally heard. Yes, it seems to have been generated initially not by moral conscience or a desire to treat women decently, but rather to salvage the profits that have been lost, but at least it is happening. And CE Blake Irving seems genuinely concerned with issues of gender equality. Time will tell.

So what does this have to do with BYU? BYU has long had advertising agreements with Carl's Jr. They have promoted the sleazebag giant and it's sleazy advertising for years. Apparently BYU Athletics and the Sponsorship Group believe that advertising for this skanky company (far worse, in my experience, than GoDaddy) is just fine and dandy as long as they don't personally approve the objectifying ads.

Today, I'll renew my call to write to the BYU administration, BYU Athletics, the Sponsorship Group, and anyone else remotely involved. Please ask them why GoDaddy has greater moral courage than BYU. I'd really like to know.