Alison Moore Smith on January 17, 2016
in for Mind, Mormon Hacks

Thanks to Common Core and other cultural problems—you know, like legal mandates that allow boys to use the girls’ dressing room if they feel strongly enough about it—we’ve had a massive onslaught of new homeschoolers coming down the pike. As with most experienced homeschoolers (we are finishing up our 22nd year), I am getting endless questions about how to start, where to begin, what to do. (I do homeschool consulting at the same rate as blog consulting, if you’re interested.) From personal experience I know it can seem overwhelming to think you will direct the education of your own children when you have only known the government school paradigm, as I did. 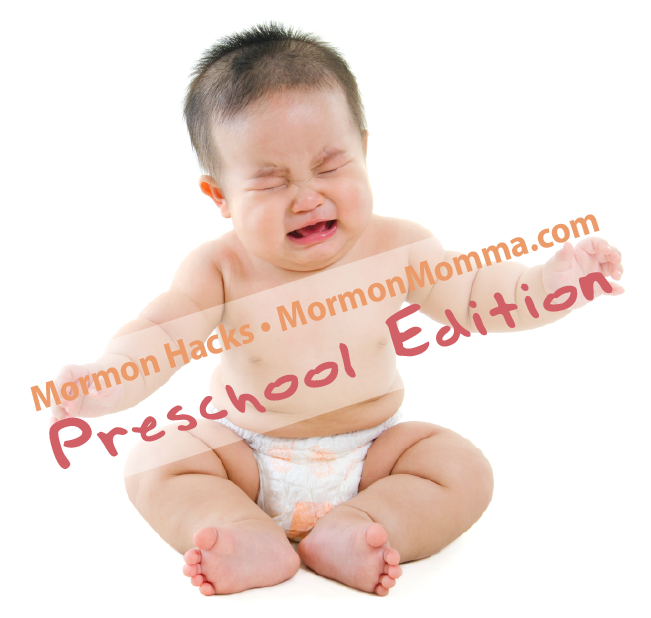 The Best (and Mostly Free) Homeschool Kindergarten Curriculum Ever Created

One of the most dismaying questions I repeatedly hear is, “What is the best kindergarten curriculum?” It coerces me to alternately cry and bang my head against the wall.

Kindergartners do not need a curriculum at all. And—in case there is some misunderstanding—preschoolers need one even less. With the under-fives we’re in the territory of negative numbers on the need-to-do number line.

In response to all the questions about what dubious boxed program or online list of must-dos for the freaked out new homeschooler or eager beaver preschool parent, I created this amazingly awesome youngster “curriculum.” Your kids will enjoy it—and still be prepared for academics to come later.

The New Preschool Is Crushing Kids

Are any of you young enough to remember when kindergarten was the transition from home to school? Do you remember way back in the day when it was the play-a-little-sit-a-little-play-a-little-listen-a-little-have-a-nap-and-eat-a-snack easy-going half-day adventure with the kindly grandma figure?

Over the years kindergarten became “real school” and so, of course, preschool became the preparation for academic rigor to be imposed at age five.

I’ve read myriad parenting boards with well-meaning folks deriding “selfish” parents who won’t send their kids to preschool while bragging mightily about how their own child started full-time at two years old.

Well, maybe it’s not such a grand idea.

I’m old. I’m really, really old. But when I was young and kids got restless, the adults figured there was a need to “work out the wiggles.” So we’d get up, stretch, jump, dance, or run around. Somehow the adults recognized that kids have this weird need to move and explore rather than to complete worksheets after listening to a lecture. Go figure.

A few years ago, a reader noted that her child’s school had gotten rid of regular recess because it was too chaotic and burdensome to teachers. Instead, the children were allowed (oh! the freedom!) to go outside and walk (no running on deck!) around and around the playground in a wide circle. (Playground, of course, being an utter misnomer meaning track of torture and mindless boredom.)

I remember looking forward to recess. This, not so much.

I’m not a huge fan of this article, due to it’s über liberal slantiness. For example, the author’s world-bubble tells her:

Children who don’t go to preschool are usually from more disadvantaged families, which means they watch lots of TV and are yelled at more than they are praised, which some researchers believe can stunt cognitive development.

Yes, those poor kiddos who hang out at home with a parent or two—playing, cooking, reading, coloring, singing, running around outside—rather than in a “structured enrichment environment.” Sucks to be them.

In the world I come from, the kids most likely to attend preschool are those whose parents are desperate for time without all the “burdens” of parenting young children. (As Wendy Wisner put it: “…a nice break for their parents.”) So, there you go. Because, really, I don’t think I’ve ever met a single parent on earth who didn’t think they had the cognitive ability to provide preschool level “enrichment”—they just didn’t have the desire.

The subtitle of the piece is equally self-serving or insulting or something, “If you are reading this article, your kid probably doesn’t need preschool.” Because, you know, Slate readers are pretty much the upper echelons of personal awesomeness.

Still there is one cogent takeaway:

Research suggests that preschool only benefits children from these disadvantaged families (in particular, families that are below the poverty line, whose mothers are uneducated, or who are racial minorities).

Frankly, I’d put all three of those qualifiers in as cultural problems rather than intrinsic barriers.

When my two oldest were born, my husband was still in graduate school and I had chosen to stay home with them rather than work outside the home. We were dirt poor, but the kids didn’t suffer from lack of stimulation or enrichment. Most of the things in my “kindergarten curriculum” (see above) were free and we engaged in them liberally—without money to spare at all. As for race, there are definite cultural impediments to preparing for adult success, but they aren’t forced on anyone based on skin color or ethnicity. Even uneducated people generally have the wherewithal to see and understand basic benefits to children. Some of the least educated people have prepared their children for great academic success.

In other words, preschools most benefit kids who have uninterested, unengaged, uninvolved parents. The rest don’t really need it at all.

Adults Need Downtime—Obviously Kids Do, Too

Adults almost always recognize their own need for R&R. They work a full day and then crash. They lie down, watch TV, nap, or otherwise zone out, if they can. We are inundated with evidence that adults are healthier and happier with some measure of work/life balance. For example:

Those same adults (parents, teachers, administrators, etc.) will often insist that children—children—should go to an institution for seven hours and then come home to do still more homework. (As a homeschooler I have to wonder why in the world they can’t get the work done in seven freaking hours…) Then they might have chores or music practice or athletics or something else on top of it all.

Why do we expect more work out of children than we want for ourselves?

As I come across new information, I’ll add links here.