Silliness has reigned for years. The General Relief Society Meeting and the General Young Women Meeting were considered far off appendages, only remotely related to General Conference. They were always held the week before General Conference, but weren’t really, completely, totally, fully part of the conference. Just kind of close by. Although the meeting was first chronologically, the proceedings were always stuffed to the back of the Ensign “conference issue.” (The Priesthood Session being placed third, as it occurred.) Showing once again the kind of, sort of conferenceness of the meeting for women, without confusing official status. 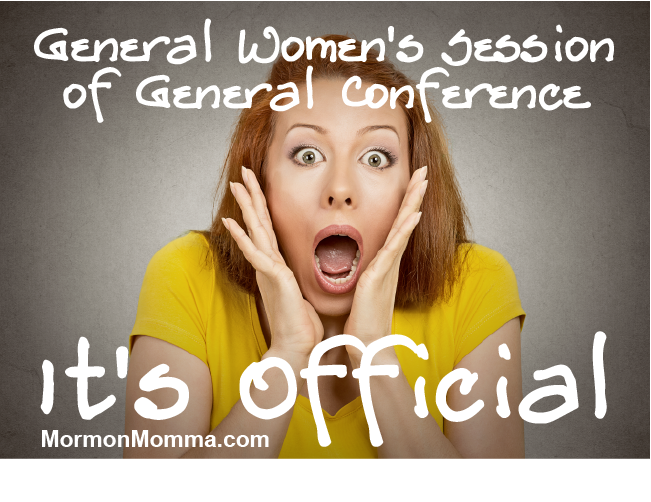 Recently all the females ages eight and up were lumped into the General Women’s meeting but, still, not authentically General Conference, just conference-ish. Until this fall when Uchtdorf (almost, sort of) said it was. But then Eyring said it wasn’t. And then Carlson indicated it was. But the editors knew it wasn’t.

As of today, however, wonder of wonders, glory of glories, miracle of miracles, the General Women’s Meeting is officially part of General Conference! Per church spokeswoman Jessica Moody:

We shall see if it makes the cut to be listed first or if it is still relegated to the appendices. In any event, it’s a good thing!

Next post: “It’s All About That Bass” Is Neither Feminist Nor Positive