Feminism and Logic: a Primer

Dictionaries and Other Nice Things

At the risk of breaking the second commandment of church speaking (the first being refraining from starting any talk with, “The For the Strength of Youth pamphlet says…”), I'm going to start this post with a definition (I know, I'm sorry!): 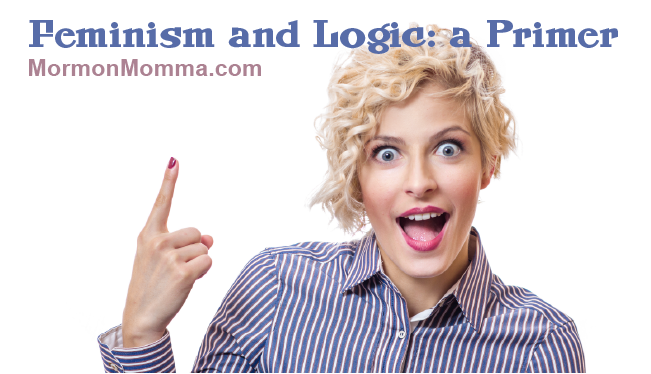 Read it twice. Read it thrice.

If you disagree, then you cannot argue with my position, on principle. Rather, you must support and respect me in my statements because I'm calling the woman card.

These demands also imply that we believe men—universally and for no other reason than that they exist—are to be granted that same support and respect in all they think, say, and do and feminists are simply expecting equal treatment.