I was honored to be able to watch the session with all four of my amazing daughters. Plus Wallaby's BBQ. Much to love in this meeting. 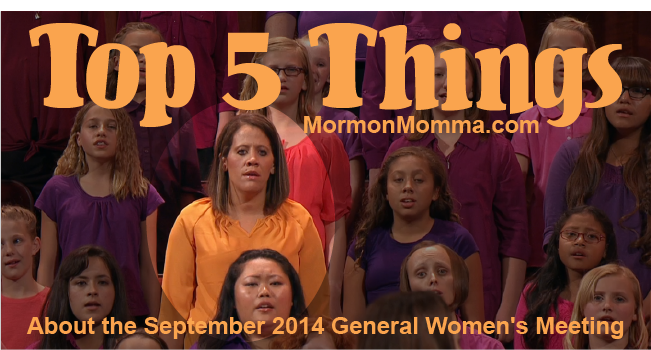 Maybe a better words is “variety.” Either way, it was wonderful to hear so many different languages, styles of dress, ages, homes, temples, and accents. It's so much more interesting. More to the point, it is good to be unified in faith and cause with so many who are in such different circumstances.

In the 90s I read a biographical book about Marjorie Hinckley. She told a story of her husband as a boy using a bad word and having his mouth washed out with soap by his momma. Strangely, I rejoiced at the story. Hearing that even the prophet did really dumb, bad stuff was good to hear. It gave me hope.

Last night President Neill F. Marriot (if we call male counselor's after the title of the office holder, why not female?) told about going to the temple to receive guidance about a problem. The answer was that she was sinful and needed to change. Rather than promoting the leadership idol worship Mormons are wont to engage in, she put herself squarely in the midst of the rest of us: an imperfect human being greatly in need of the Savior's mercy.

A self-absorbed natural women is an enemy to God.

I can totally relate.

Women being quoted with an authoritative voice by other speakers. Women being used for voice over as the meeting began. Women speaking about their various temple experiences. (Particularly the woman who had lost six children in an earthquake!)

President Diether Uchtoforf began by noting the meeting “as we open another General Conference of the Church of Jesus Christ of Latter-day Saints.” Past references (as well as Ensign placement) have always treated this week-before-real-conference meeting as a separate entity, even though the Priesthood Session is an official General Conference session.

Women were referred to as:

The lone woman in the golden blouse in the choir. (OK, I do think there was one other woman with a paler yellow. But amidst the fuchsia, red, and purple, we squealed every time she was on camera.)

Dare to be different, sister!

What were your favorite stories, ideas, quotes? Please add them in the comments!