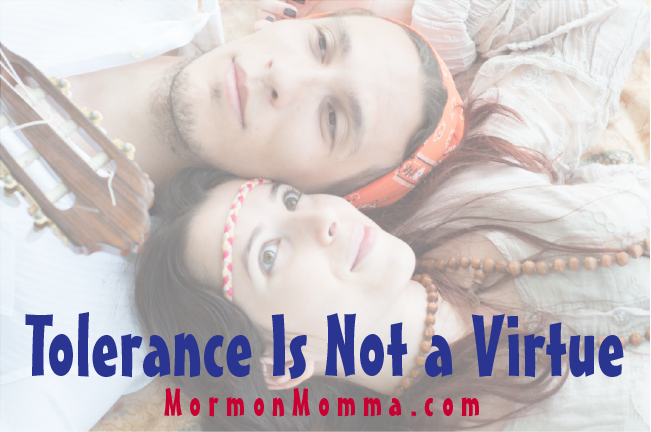 Failing my own rule #4 of Sacrament Meeting talks, I am going to begin today’s lesson with three definitions. This is an equivocation-free zone, so read carefully.

I lived in Boca Raton, Florida, for a decade. The Seinfeld jokes are correct, it’s a mecca (heh) for Jews. Just before we moved away, we were the only non-Jewish family left in our neighborhood. Somehow our neighbors managed to deal with our “very bright house” in December and we survived being surrounded by menorahs and blue stuff. Of course, back then none of us realized that we should have been offended and triggered and oppressed by it. If only.

Did you read that? We shouldn’t always suppress “intolerant philosophies.” We should only do so when we can’t sufficiently refute them. Now there’s a First Amendment cause for you.

One reader disagreed with my premise and seemed unwilling to note the oft-promoted contextless demands for tolerance. When presented with examples, he seemed eager to use any other wording in the piece to provide specifying context, even when the wording wasn’t referring to the tolerance being demanded.