Update: The Kickstarter funded! There was a surge of support in the final days and it came through in the nick of time. Thanks to any Mormon Momma readers who shared or contributed. It's going to be great.

When I was a kid, my sister, Nora, went to see a musical. It was all the rage, touring across the western states to sell out crowds. She bought the LP and we listened over and over and over. I memorized every song. That was my introduction to Saturday's Warrior. 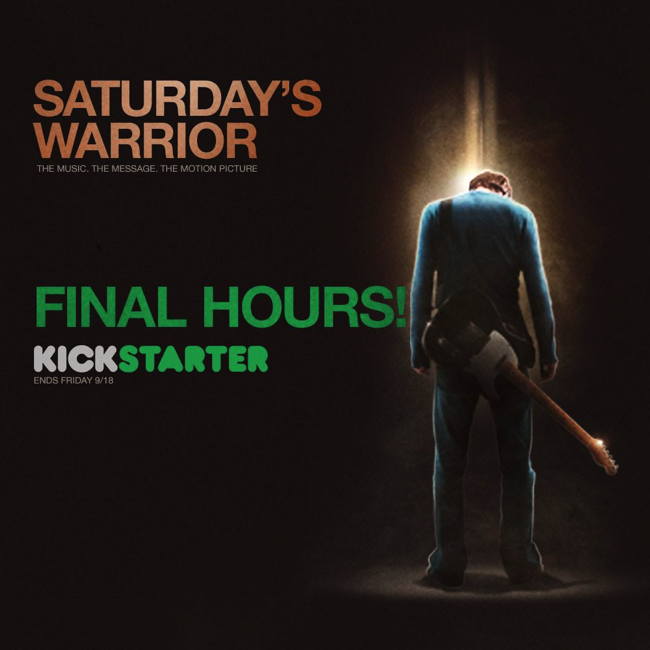 Fast forward to 1989. I'm married with my second child on the way. A VHS recording of the stage play is offered for sale. I bought it—I had a few friends in it—and my kids were introduced to a somewhat different version.

Today, Saturday's Warrior is in the midst of filming. Friday, September 18 (until 8:00 pm), is also the last day you can join me in being a Saturday's Warrior Kickstarter backer! Please click through and make a contribution. Kickstarter is all or nothing and if the producers don't reach their goal they get nothing. Below are some of the promotional videos for your enjoyment!