President Benson told us that we should be Flooding the Earth with the Book of Mormon. Unfortunately, my stake Relief Society president took prophetic counsel very seriously. 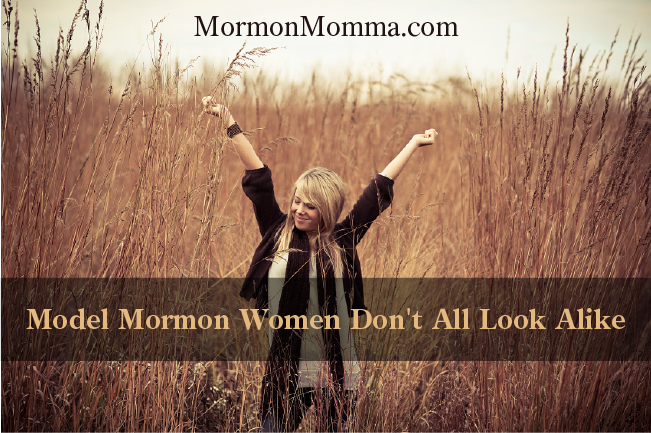 President Susan Easton Black called all the ward Relief Society presidents together. They would host a stake Relief Society homemaking fair, focused on — you got it — flooding the earth with the Book of Mormon. It would be awesome and wondrous! We'd be inspired! And everyone would take giant leaps in responding to the call of the prophet.

When the “good news” trickled down to me, it was not so well-received. Each ward had been given an area of focus. Each sister was to create (a word that always causes severe respiratory distress) something to display (gasp, gasp) that would help to “flood the earth” with this book of scripture.

Our ward was assigned children's games.

You'll note that each of the assignments required creativity, something I was utterly shortchanged on when talents were being divvied up. I think I ended up in the “Trials and Oddities to Make Sure You Don't Fit In” line twice, instead.

I sunk lower in my chair. I wasn't going to go. They couldn't make me.

For a number of weeks I excused myself from the assignment, leaving it to the more worthy and talented sisters — meaning pretty much everyone else in the ward. My part would be to encourage and support them in their efforts.

Then, at a presidency meeting just over a week before The Big Event, the Relief Society president said, “I hope at least each of you has something to display. We need to support Sister Black.” President Javadi had spoken…and I was her first counselor.

Guilt weighed heavily on my soul. Yes, I'll go to the meeting! I'll help set up tables! I'll serve at the luncheon! Just don't force me to make something! I stewed and prayed for a number of days. There simply wasn't anything I could do. As Napoleon Dynamite would say, I didn't have the skills. Everyone was creating some really amazing, beautiful thing. Anything I did would just detract from the Spirit.

One night that week while praying, again, to be relieved of the obligation and guilt for not doing my part, my mind was opened to something I had never considered.

My skills and interests were not typical for LDS women or most women of any affiliation in my generation. They weren't ones that were stressed in Young Women or promoted in Homemaking Meeting. They weren't the kind you heard when glowingly lauding Godly women from the pulpit. Still, they could be used to glorify God and to further his work!

Raising my daughter, homemaking, and serving in church took most of my time every day. The single other thing that I had been focusing on was learning to program computers. So, when Jessica was napping the next afternoon, I sat down to write a Book of Mormon computer game. It was called Book of Mormon Trivia Time and had the incredible features of:

My favorite question asked what the brother of Jared asked the Lord to touch to give light to his ships. The choices were: light bulbs, stones, sticks, and oxen.

When my creation was complete, I puzzled about how to display my work. Laptops didn't exist in 1989 and lugging a computer to the conference (and then guarding it for the afternoon) wasn't feasible. Finally I settled on printing out some screen shots, writing a few captions, and pasting them clumsily on poster board. (Read that: pasted on poster board by someone with no die cut, embellishment, or calligraphy skills whatsoever.)

I showed up bright and early on Saturday to help set up. But as soon as I walked into the room and saw what everyone else was offering I felt like the little drummer boy who came to bang on some bongos while everyone else gave gold, frankincense , and myrrh. I quickly turned to leave, just to get back to the car to hide the cobalt blue board of horror. Then someone called my name.

Slowly I went back in and revealed the embarrassment. I laughed aloud about it, stating that I knew it was silly, but it was all I could do. I deflected the scorn by putting it down myself, first.

During the conference I simply avoided our ward's display table, busying myself with other things. Then, finally, we sat down for the luncheon and President Black's address. Just as we did, the curtains in the back of the room parted and President Benson walked in. Himself. In person. His son, apparently, had been in the building early that morning. He had seen that we had taken action on his father's counsel. He called his dad and told him he needed to see this. And he came.

Unbeknownst to us, when the stake Relief Society presidency has learned he was coming, they had gone from display to display, choosing one item from each ward to present to the prophet. Most incredibly, they chose mine. A few minutes later, someone came to my table and asked me to go to the stand and present my game board to President Benson.

Sitting on my desk is the huge, bright yellow book we were given at the fair. Warning! Flood the Earth! it proclaims boldly on the cover. It has samples of and patterns for many of the wonderful things presented at the conference. My program is not included in the book and I'm sure no one remembers it but me. But that was the first time I realized that my contribution — though different and even unusual — is a valuable part of the kingdom.