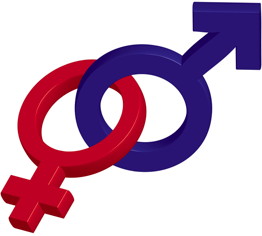 Dane Laverty — one of my fellow Times & Seasons permabloggers — recently started a site called Agitating Faithfully, “a site devoted to gender equality in the church.” I added my name to the list early on and now 244 others who've joined. All are invited.

The site header quotes this exchange:

David Ransom: At present women are not allowed to be priests in your Church…Is it possible that the rules could change in the future…?

Gordon B. Hinckley: He could change them yes…But there's no agitation for that. We don't find it.

The premise, in my mind at least, is that President Hinckley implied that it is possible for more gender equality in the church, but it isn't an issue because no one really cares. This site was created to allow those who do care, to stand up and be counted.

At the time, the idea that no one was “agitating” baffled me, because I knew lots and lots (and lots) of women who cared, were bothered about, felt “disenfranchised” over, or otherwise wondered about the gender distinctions in the church. And I was surprised our leaders seemed to be unaware of it.

I'm not talking about women who scream out in General Conference, parade around on Temple Square with garments outside their clothes, or otherwise make spectacles of themselves or try to rock the proverbial boat. I'm talking about regular, faithful, church-going, visiting teaching, tithing paying, serving-in-the-Primary (or Young Women or Relief Society…), temple recommend holding, scripture reading LDS women who, still, can't quite figure out why certain things are proscribed for women.

What do you think about the approach of Agitating Faithfully?